Readers who have been following the internal martial arts (IMA) for a while and in particular xingyi enthusiasts will have heard of the book Xingyi Neigong by Tim Cartmell and Dan Miller (originally published way back in 1998). The book describes the 16 health exercises practiced as part of the xingyi school of Wang Jiwu, a famed teacher of the mixed Hebei – Shanxi xingyiquan coming down from Wang Fuyuan, who I have written about elsewhere in this blog. 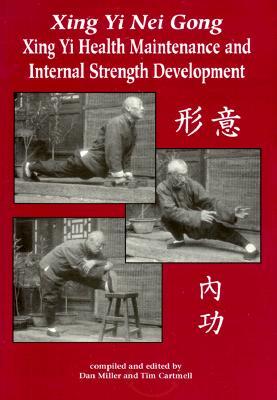 Although Wang Jiwu passed away in 1992, his teachings are being carried on by a stalwart band of disciples and grand-disciples in the Beijing area, in particular Wang Jiwu’s disciple Pan Zhiyuan and his students, including Yin Jin and Wang Deli. I have always admired this line of xingyiquan as it seems to have retained a lot of the different ways of training that have been lost or neglected in other more popular styles.

And so, with the help of Paul Frost, who himself is a Czech grandstudent of Wang Jiwu through his teacher Du Fukun, on a sunny Monday morning I made my way down to teacher Wang Deli’s usual practice ground next to a canal in eastern central Beijing. As I had previously met Wang laoshi a couple of years previously, he greeted me warmly and was happy to give me a more thorough introduction to the style and its contents.

As Wang laoshi explained (and has been detailed elsewhere in this blog), although Wang Fuyuan learnt his xingyiquan from Liu Qilan (and therefore would be classified as Hebei xingyi), in his middle age he fled to Shanxi to evade being arrested as he had killed a local gang boss in his hometown. Wang Fuyuan chose to take shelter with his shishu (kungfu uncle) Che Yizhai in Taigu, and actually lived in Che Yizhai’s house for an extended period, before Che recommended him for a bodyguarding job in Yuci (a town further north in Shanxi province which is famous for producing many xingyi masters). In Yuci, Wang met and exchanged skills with many other masters from the 1st and 2nd generations of xingyi, including Song Shirong, Li Taihe, Li Guangheng, He Yunheng, etc, who were all working there as guards for the mansions of rich merchants. 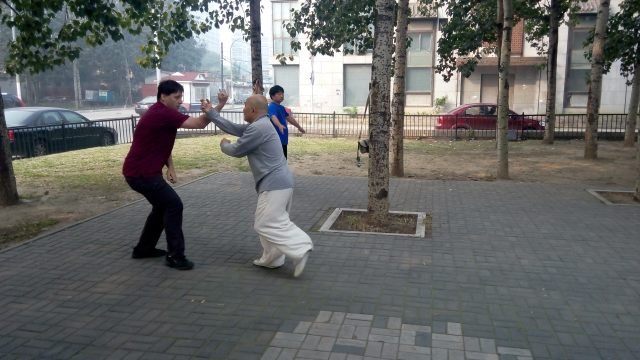 I had the dubious pleasure of running through Wu Hua Pao with Paul, and can certainly testify that he has gained xingyi’s ability to ‘cut’ (cuo) into the bones, as I had bruises on my forearms for a couple of days afterwards!

Of course, sheer number of routines does not equate to better martial skill or gongfu. What is probably more interesting was the different ways that they have of practicing the elements. Wang laoshi illustrated this with Tiger (Hu Xing), showing how it should initially be trained large but later much smaller (without taking the fists back to the waist), and how Tiger practiced properly combines both an upward and downward element that should first break the opponent’s root and then send him flying away. 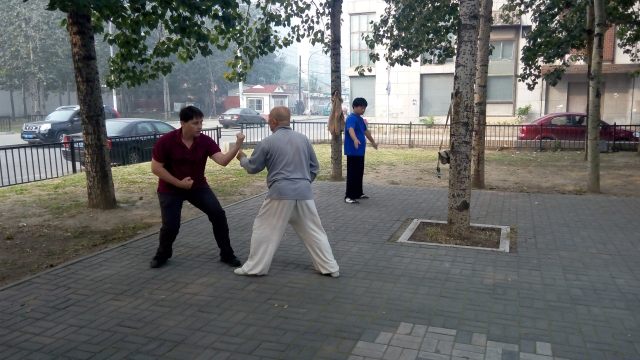 Back to the starting position!

Another prominent feature of this branch is the very strong Che style influence on the way they practice the various fists and elements. This manifests itself in the stances (very compact and small compared to say Shang style or Zhang Zhaodong xingyi), the use of double fists (as opposed to palms) in Piquan, and the turning method (very characteristic “trailing leg” turning method).

Wang laoshi very generously corrected my Santi and showed me the traditional ‘jumping’ way of practicing Dragon (Tiao Yue Long Xing), which was incredibly tough on the thighs!

Any readers who are interested in Xingyi and happen to be in Beijing could do worse than pay a visit to Paul and Wang laoshi, they are both living repositories of Wang Jiwu’s xingyiquan.