Just came across some photos of Yao Zongxun teaching Yiquan (from this site) in the 80s that I thought would be of interest to all the Yiquan guys out there: 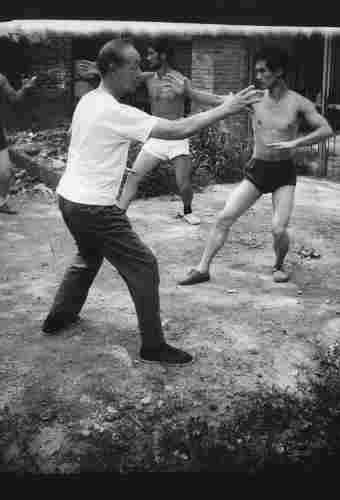 The context for these photos is that they were taken in 1982 in Beijing, only a couple of years after Yao and his sons had returned to Beijing from the countryside, where they were sent during the Cultural Revolution.  Shortly after returning to Beijing, Yao decided to pick a batch of dedicated and talented students to essentially train full-time in Yiquan, much as Wang Xiangzhai had done with Han Xingqiao, Bu Enfu etc in the 1930s. Soon after these pictures were taken, Yao Cheng-guang would enter China’s first Sanshou competition (in April 1982), knocking his opponent out in the first minute of his bout.