From Handan, I moved on to Guangfu town, the cradle of both Yang and Wu (Yuxiang) styles of taiji. There is a coach that runs from Handan to Guangfu which takes about an hour. The town itself is of an unusual design, in that it is surrounded by a moat several meters wide （as can be seen from the photo below).

View of Guangfu (courtesy of http://www.wed114.cn)

For those thinking of studying taiji here, I should point out that Guangfu is a very small, rural town lacking in western comforts such as non-squat toilets and hot showers.  Also, as far as I can tell, although there are several taiji masters in Guangfu, there is only one taiji school, run by Han Qingmin (a disciple of Fu Zhongwen) in the town. The other masters teach from their houses when they are in Guangfu but are often away teaching in other cities.

For those interested in some historical sightseeing, the former residences of both the Yang and Wu families and can be visited for a small entrance fee: 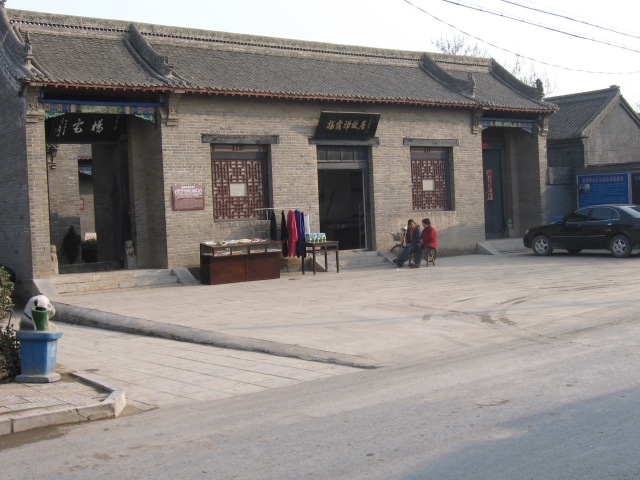 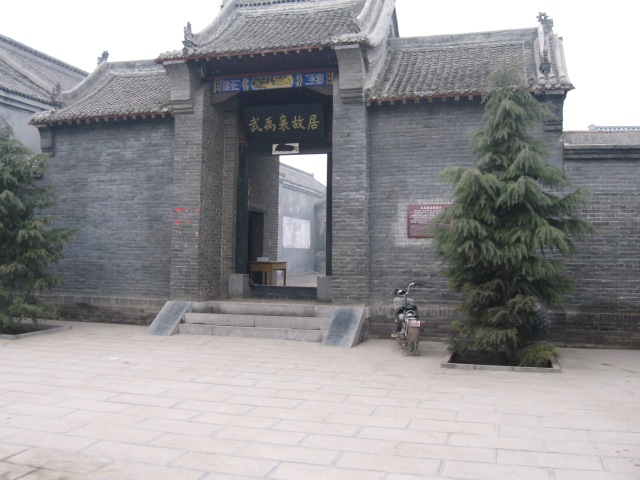 Just from the size of the compounds alone one can see the difference in wealth between the Yang and Wu families: the Yang compound consists of only two courtyards, whereas the Wu family compound is made up of 5 or 6 interconnecting courtyards with wings running off each side.

Su kindly took some time from running his restaurant to talk to me about the system he practices. 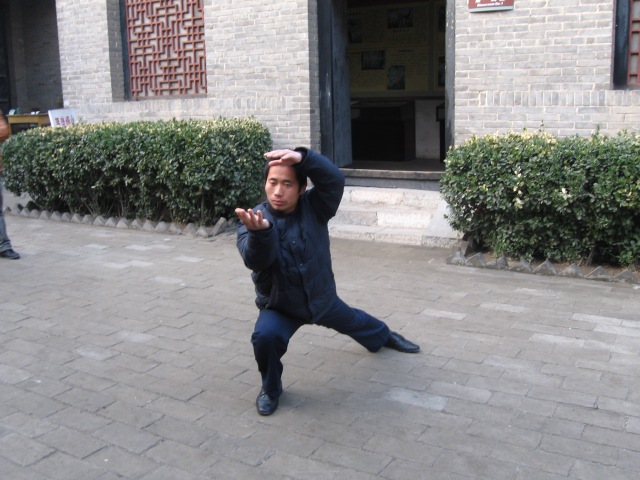 According to Su, the posture demonstrated above is one of those removed by Yang Chengfu in the process of arriving at the standard Yang large frame that we know today. In the traditional middle frame passed down by Li Wancheng, ‘Tongzi Bao Qiu’ (‘Child embracing a ball’) comes before the first ‘Needle at sea bottom’.

After our chat, I had the oppportunity to do a little fixed step push hands with Su, during which he exhibited that spring-like, ‘uncompressible’ quality common to experienced taiji practitioners. Su then demonstrated some moving step push hands with one of M Jia’s junior students, during which he used some nasty leg traps that invariably ended up with the poor student flat on his back. 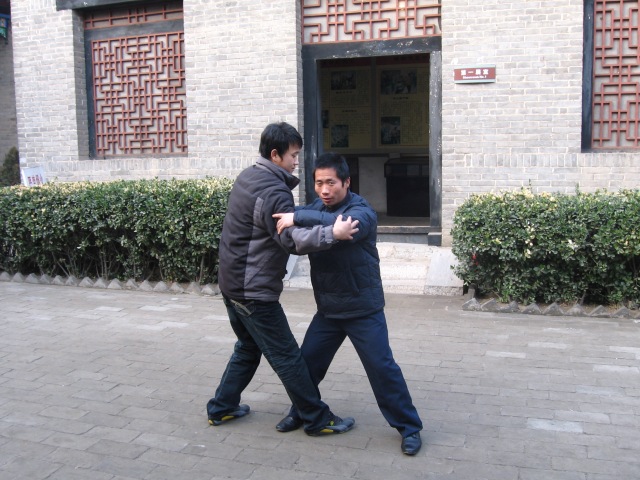 Su pushing hands with a student